Little of this has anything to do with Queenie. Victoria might have rattled her cage from time to time, which is why, unlike Gladstone, Disraeli took so much trouble to cajole her. That even went to the extent of making her Empress of India. Pomp and ceremony was laid on with a trowel to cover up the injustices of imperialism. In my junior school I remember celebrating Empire Day. 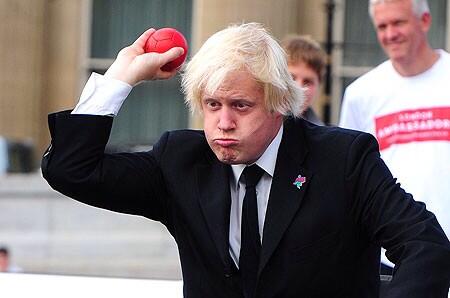 Liz must have huge experience and considerable knowledge but she is restrained from using more than a fraction of it. Perhaps we forget that when she reads out the Queen’s Speech she has written not one word of it. On the State Opening of Parliament she sits on a throne. The people in the posh gear appear to be next in the pecking order and the government and members of the House of Commons are standing, crowded together, clearly at the very bottom of the pecking order.

Teaching government and politics I often started by describing this scene in order to emphasise that, when it comes to power, appearance and reality are seldom the same.

But, yes, we are a monarchy and all prime ministers control huge monarchical power. They are, however, like all monarchs throughout history, sometimes strong and sometimes weak. Johnson has a sizeable majority. You would think that would make him strong. It does not.

The weaknesses of Johnson derive from two factors. (I shall come to that virus later). The first factor is his own personality. Like Trump he always wanted to be Head Prefect. He got the job. “Work? Does that mean that I have to do some work?” We can deduce from one of his school reports that he was the sort of student who felt that examiners should only ask him questions that he wanted to answer.

The other factor is that when choosing his fellow prefects he made sure that none of them was a threat to him. He even gave a job to Grayling, though it was only as milk monitor.

At first Johnson concentrated (if that is not too strong a word) upon Brexit. He liked all that because he could pretend that he was Churchill fighting off Johnny Foreigner.

But then came that virus. Insignificant! Why, it came from abroad so we need not take it seriously. “Let me shake hands with everyone, especially if they have that silly virus.”

“What is that you tell me? People are actually dying. But surely it is only old working class people who are dying. We don’t need them. Did they go to a good school? And Dominic tells me that they are no loss. By the way, where is old Dom? I haven’t seen him for a while.”

Eventually, of course, our Head Prefect begins to feel a bit under the weather. Not to worry, it will pass. It does not but he is, we are told, still in charge. He goes into intensive care to be looked after by foreigners.

“Its happening to me. It must be taken seriously”

Johnson has fallen foul to a Bedpandemic. 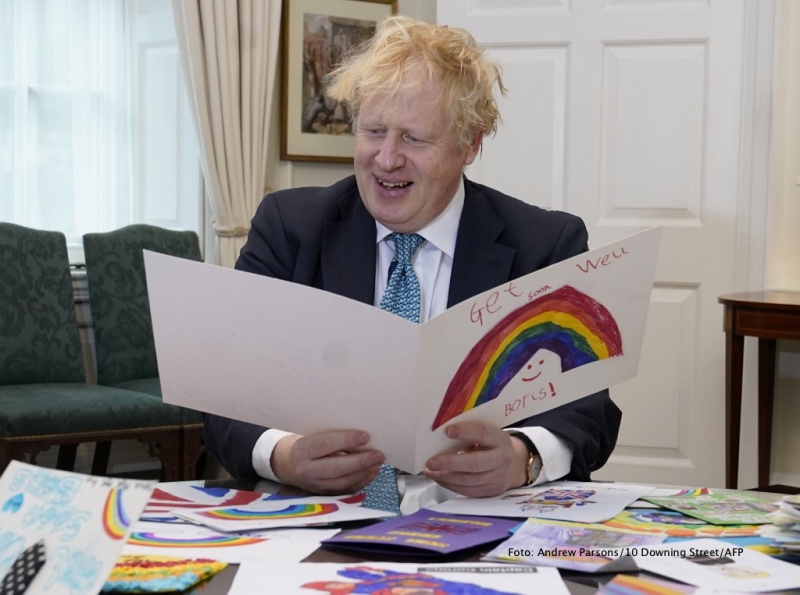 Boris Johnson Receives Get Well Cards – It remains to be seen if Johnson has so many UK friends when many of the cards seemed to be addressed from Russia.

The lesser prefects are called upon to line up the entire school in the playground every day and, accompanied by matron, report on the state of affairs. This is not a good experience for them. They know that there is a shortage of just about every essential. They know that they were criminally slow in preparing for the virus. They also know that even their best bullshit does not work if it is used every day. They have ordered more bullshit but so far it has not arrived.

Parliaments used to be given names such as The Long Parliament and The Rump. My favourite was The Addled Parliament. We need a name for this one.

I am afraid that running the country as though being prime minister was akin to being a part time head prefect is not working. You have a good majority Boris. So, by the way, did Chamberlain. What happened to him?

Women who made a difference – Wangari Matthai.