Priti lashes lawyers for saving boat people from her

‘FORENSIC’ Labour is still so intent on looking for more things to blame Corbyn for they are passing up the job of opposition to the scout troup of FibDems.

At least they noticed Home Secretary Priti Patel’s recent Tweet that oozed S*n-like sympathy that “activist lawyers” were preventing the removal of migrants in the Channel.

The LibDems, even under donotrocktheboat Sir Ed, have written to the Attorney General calling on him to condemn Priti Awful for her “completely inappropriate” language.

The home secretary attracted criticism on Thursday after she posted on Twitter that the government had removed people who had arrived in the UK in small boats and had no “legal right” to be in the country.

She added that the removal of the migrants was being “frustrated by activist lawyers” and that she hoped to make the route “unviable” in the future.

Her comments came a week after the Home Office attracted criticism for posting a video in which it claimed that current rules on deporting asylum seekers are “open to abuse… allowing activist lawyers to delay and disrupt returns.” 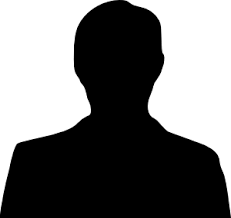 Ok, it may not be much but it’s more than you-know-who has managed to do. Question: Who is the mystery shadow home secretary who either does not care or is asleep?*

Last Night Of The Proms