Marie Antoinette, queen of France in the 1700s, infamously told the starving poor unable to buy bread to “eat cake”. She paid for her stupidity with her head.

Mike Bird, from Walsall, told BBC Radio 5 Live: ‘It doesn’t take a great deal of money to feed a child.’ adding that he was too fly to fall for Marcus Rashford’s political trickery.

‘Marks and Spencer are supposed to be the most expensive for food but you can buy three meals for £7 there.’

Among other reactions listeners pointed out that the town’s M&S shut in 2018 and M&S Walsall closed a couple of years ago.

Thousands of volunteers and small businesses have responded to Man United and England star Rashford’s campaign against child food poverty.

Yesterday, the Oasis Charitable Trust — which runs 53 schools — announced it was recruiting volunteers to deliver meals to children’s homes on Christmas Day.

‘We realise that this Christmas is going to be dreadful,’ founder Steve Chalke said. ‘You’re going to get half the country feasting and the other half with nothing.’

The government is refusing to budge on demands to extend free meals into the school holidays.

Boris Johnson has insisted the £20 a week increase in universal credit this April and £63million in emergency funding handed to local authorities is enough.

But Geoff Barton, of the association of school and college leaders, said the PM will be perceived as a ‘modern-day Scrooge if he fails to act’.

He added: ‘Families should at least be able to have a Christmas without worrying about how they are going to feed their children. This is modern Britain, not the Victorian era.’

Marks and Spencer distanced itself from his remarks, pointing out that it backed Rashford’s campaign and had distributed millions of free meals through its Neighbourly Programme.

Meanwhile, backbench Tories have denounced the government’s handling as ‘shockingly inept’ and a ‘s***show’, piling the pressure on Mr Johnson.

‘We can’t be chucking money at people to eat out to help out one minute, and then look reluctant to spend money to prevent child malnutrition,’ former minister George Freeman said. 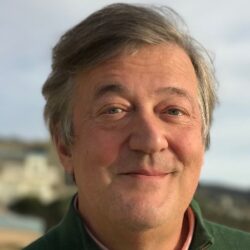 it keeps the riff-raff out of M&S.

Women who made a difference – Nancy Wake

Sink or swim time for the “Meh” party

Are you Blair in disguise?